TAYLOR: Plates this. Plates that. People are talking more about plates than my grandma did when she got her new Fiesta dinner set that comes in seven coordinated colors… and that’s a big deal!

Right now, just about every major shoe company is coming out with a shoe that has a performance-oriented plate, most made of carbon, sandwiched in the midsole. Mizuno could be thought of as a pioneer in this realm. For better, or worse, every single shoe in their lineup (save the Mizuno Waveknit WaveSky) has a plate! Albeit, it’s not quite the same as the modern buzz, but they do play a pretty significant role in Mizuno’s performance.

The Mizuno Wave Inspire 16 is one of their most popular offerings, and– unsurprisingly– a Mizuno “Wave” Pebax plate is at the forefront of the design.

This shoe is the definition of a daily trainer as we have known it, emphasis on past tense. Meaning, the “daily trainer” category is quickly changing to be lighter, faster, more versatile than ever. This shoe falls into the classic definition. It has stability, underfoot protection, and weighs about what you would expect. All that said, I enjoyed this pair of Mizuno’s more than any other pair I have reviewed.

TAYLOR: A few updates lead the way on positive notes for the 16th edition of the Wave Inspire. This shoe feels pleasant all-around. The fit is really top-notch. I took on testing both the Engineered Mesh and Waveknit version of this shoe and the same can be said for both styles of uppers. Both wrap further up top on the foot to hug it nicely. The wider platform that is usually found in Mizuno will accommodate most foot types… maybe not Jarrett though ‘cause he’s a freak. An updated lacing system helps dial in the fit without having any tightness across the bridge of the foot.

The upper options do look and feel quite different. Still, both offer a comfortable experience. As for the engineered mesh, it feels really light and is certainly the more breathable of the two. It offers more flex and does feel better than the Waveknit as the pace picks up. The mesh version comes in at 11.1oz for a men’s 10.5.

Mizuno’s Waveknit upper, which I’ve loved in other Mizuno shoes, works really nicely on the Wave Inspire too. It feels more padded and secure. There is a more consistent “hug” throughout the foot than with its mesh counterpart. This comfort does come at a very slight cost and weighs 11.3oz in the same size.

When it comes down to the ride of the Wave Inspire, there’s a lot going on. I have come to expect this as it is typical Mizuno fashion. Overall, for a heavier trainer, the Wave Inspire has a mostly smooth and stable ride (but not overly stable like the New Balance 860v10). In initial runs, the various technologies in the midfoot seemed to take a few miles to become a cohesive ride. As the ball got rolling the ride evened out.

The U4ic midsole is smack-dab in the middle of the road in terms of density. It’s neither plush nor firm. It’s not dead though. It provides a comfortable ride that has the sensations of both cushion and a little bit of pop. A softer version of the foam, called U4icx, is used in the heel to provide some more cushion on impact.

That little bit of pop that I just mentioned comes from the heel/midfoot too. The classic Mizuno Wave does make for a more firm feel upon contact and there is some nice energy return to boot. Though it’s not a hugely noticeable pop, I do appreciate having some feedback from the midsole, especially on those longer runs that turn tempo-esque. 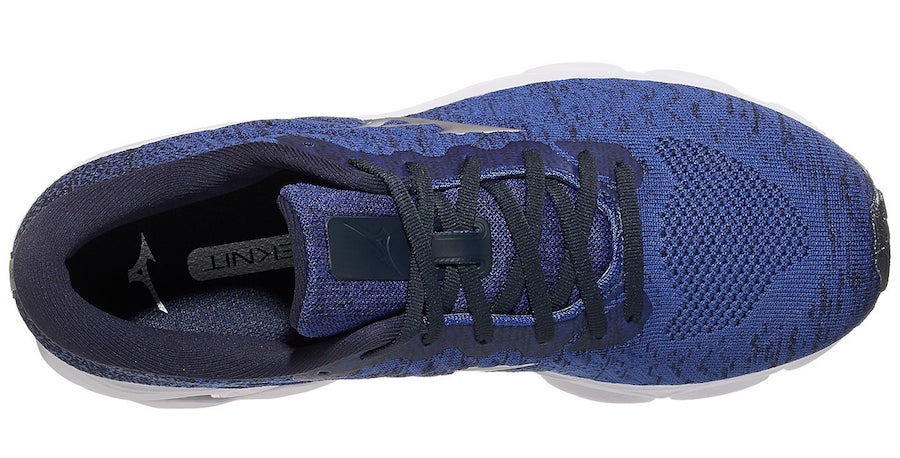 TAYLOR: One of my main complaints about Mizuno, in general, is that most of the shoes have a weird transition from initial foot strike to toe off. I felt it in the Waveknit C1, especially in the Wave Rider 23, and now in the Wave Inspire. As a mostly midfoot striker, I’m not sure if I am not striking strongly enough on the heel (where most of the plate technology is centered), or what, but the ride tends to be choppy. An often quite firm initial contact followed by a soft toe-off, is just… weird. I do have to say that the Wave Inspire was the least choppy of all Mizunos I have worn, but there were still a few white caps in the water.

This leads me down a short bunny trail to diversity. Mizuno’s lineup needs it. All of their products are too similar in a lot of respects. So much so, that you could head over to any other Mizuno review on this site and get basically the same information. The technology is virtually the same. The fit and feel is the same. Everything is the same. TAYLOR: The Wave Inspire 16 is their best-selling shoe and, having tested a bunch of models in the past year, it’s easy to see why. It’s simply the best in its lineup!

I warrant that claim because it has been the most consistent and smooth-running experience by any of their shoes. It has the same great fit that Mizuno always offers. If you’re looking for a “classic” style of daily trainer that will go along for all of your miles to offer stability, good cushion, and a touch of responsiveness, go check out the Mizuno Wave Inspire 16.

You can pick up the Mizuno Wave Inspire 16 at Running Warehouse (featuring free 2-day shipping and 90-day returns) for $134.95 by using the shop link below