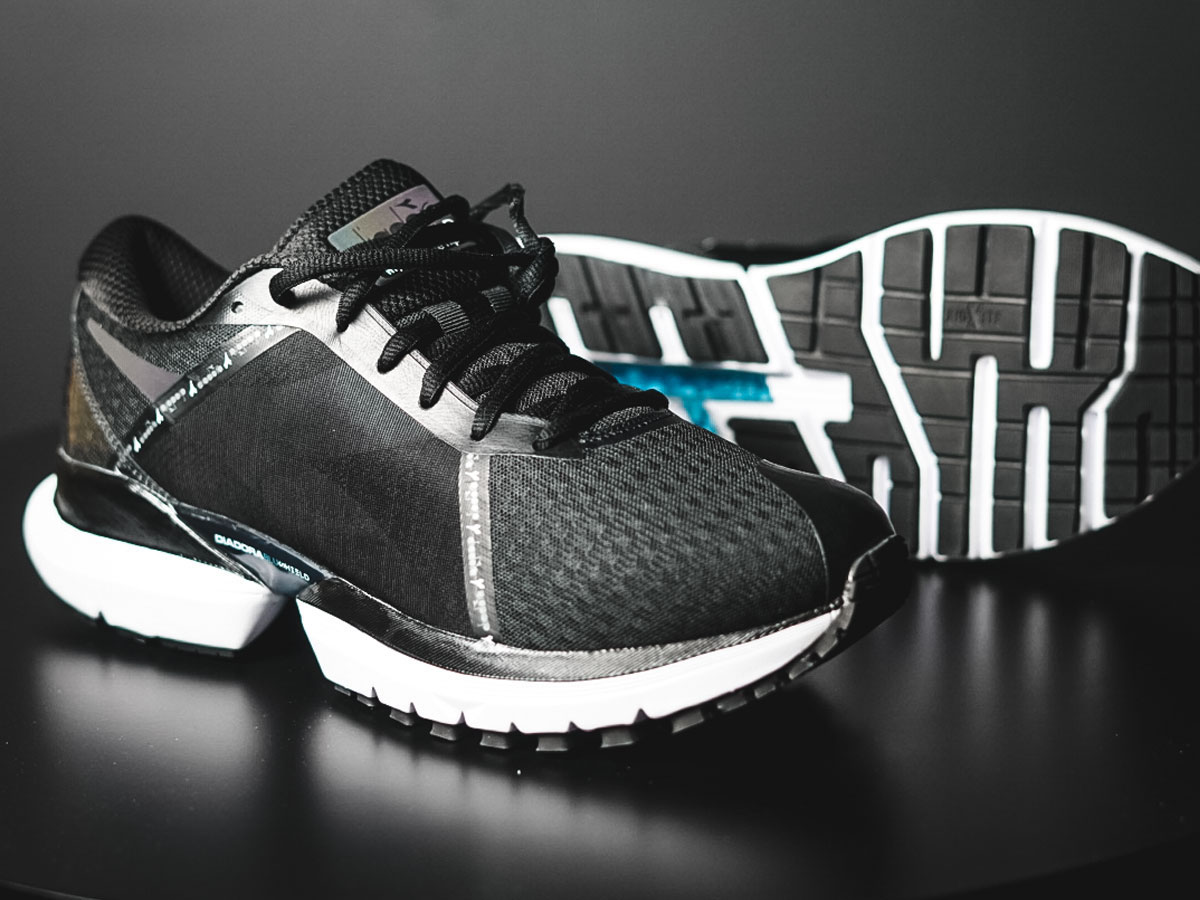 DAVE: My first venture into shoe sales was many years ago at Dick’s Sporting Goods. A gangly, mostly hungover, and miserable sales associate, working the floor pushing dad royalty in the form of Monarchs. Also, soccer cleats.

We’d have the occasional runner from time to time, but by the end of the day, soccer cleats ruled the footwear deck. And one brand that dominated was Diadora. From the beautifully constructed Kangaroo leather to the molded, racing flat-like fit, Diadora cleats were solid. I didn’t even play soccer and I dug the gear.

Fast forward some years later and these cats are looking strong in the run game. Craftsmanship has always been a strong suit with Diadora. We checked out their booth at The Running Event in Austin, Texas a few weeks back and it seems nothing has changed, and for the better. You should see some of the run apparel. Straight from the ’90s with that puffy Starter jacket look. Gold, if you ask me.

Anyhow, I had heard some rumblings some years back that these guys were making a strong push again into run specialty, but didn’t have the chance to cop a pair for testing, due to working for specific run brands in sales at the time.

When the opportunity arose to test a pair of the new Mythos BluShield Elite recently, I was jacked up. DAVE: BluShield midsole (EVA). Yeah. It’s good. Real good. I guess it’s unique in its own way. Tough to compare it to another midsole out there right now. BluShield is firm when it needs to be firm, and softer when it needs to ride a bit less strong. Your speedometer determines how the midsole acts. Sounds kind of basic, as with any shoe….but gimme a sec.

Basically, the shoe can do a lot. If you crank it up a bit into threshold range, I noticed BluShield woke up rather quickly. It wanted to move, it wanted to be snappy. It applauded your more-efficient mechanics at higher speeds. But kick it back off the gas for a recovery day and the midsole allowed for the shoe to land underfoot a bit softer (yet not sloppy) and more like a traditional trainer. Thus, this shoe boasts some range.

I can see, especially due to higher stacks, this shoe working quite well for a long run in a marathon block with some MRP work in it. But also fast enough for some longer steady-state to tempo work.

The transition rate is smooth. It gets from heel strike to mid-load to toe-off, really quick. It’s something I admire in a shoe, and you should too. There’s no playing around trying to break it in, or understand the midsole, which is a problem with some shoes nowadays. This baby shines from the box. That’s a runnin’ shoe, folks. THOMAS: This shoe was a shocker! It looks more like a Balenciaga fashion shoe than a legit trainer, and it is chunky in both looks and weight. But the Mythos is one of the most comfortable shoes I have ever had on my feet, and brace yourself… it feels great to run in. Ultra-soft cushioning that doesn’t feel sleepy under the foot. Miles are a treat in the Mythos.

MEAGHAN: As Thomas noted, the Diadora Mythos looks more like a fashion shoe than a trainer, but it proved itself otherwise. It’s got a stable ride, designed with Diadora BluShield® through the midsole and blown rubber on the outsole. The upper is a two-tone engineered mesh that provides plenty of structure and support and the reflective logo on the upper and tongue adds visibility for those early morning dark runs. While there is a lot going on with this shoe, they feel pretty good out on the roads. They have a nice pop. DAVE: While the midsole shines, I found the upper to be a bit basic. It felt a bit rushed. And believe me…in no way did this really affect much in performance, but the rough upper caused the lacing to be a bit tough. It just wasn’t glove-like, which is more my taste. I personally like that racing flat type feel. UPDATE: After almost 75+ miles in on Mythos Elite, the fit is much better.

Other than that, there’s honestly nothing to nitpick about from my end. The Elite gets the job done just fine!

THOMAS: Unlike Dave, I didn’t have any issues with the upper. My problem comes down to weight. Even though the shoe performs beautifully for running, there have to be some things Diadora can do to bring this shoe down to at least 11-12 oz. My size 10.5 is 14.65 oz./415g! Even though it is heavy, it is Lizzo heavy, like living its best life heavy.

One last thing that doesn’t affect the way they ran but is worth a mention is the plastic enclosure in the midsole squeaks a very small amount. More subtle annoyance than anything that tripped up performance. I don’t notice it when running, but when walking around, I’m like, “what’s that noise?”

MEAGHAN: I like this shoe for short runs, maybe up to 6 miles. Its weight alone deters me from wearing it for long miles or any type of speed work. DAVE: A great option for the arsenal with a ton of ability to do a wide variety of things! The Mythos BluShield Elite reacts to you the runner. It recognizes biomechanics really quick. And depending on your footstrike, pace, or terrain, it will act how you want it to act that particular training day. That is cool.

The ability level of the runner is wide open here for Mythos BluShield Elite. Should the runner be a fasty and want a long volume work shoe…well here you go. Maybe a newer marathoner with hopes of a sub 5:00 is looking for one shoe for the entire training block. Here you go.

Very well done by Diadora! If you had to compare this to one shoe, it feels and rides like a HOKA Rincon, albeit heavier.

THOMAS: I fear it will be tough to get people into the shoe, between the weight of the Mythos and the lack of consumer recognition of the Diadora line with regards to running in the USA. That is a genuine shame. The Mythos is an amazing trainer despite the weight. It isn’t a direct comparison to any shoe, but in essence, it’s a shoe that provides comfort over the long haul. I’d possibly compare it to the ASICS Glideride, or the HOKA ONE ONE Bondi. Mostly because they are built for long-distance road shoe comfort.

Running should be fun. The Mythos BluShield Elite is fun, fun to look at, fun to run in, and fun as a novelty. If you have a chance to try them, I urge you too.

MEAGHAN: The Mythos was surprisingly fun to run in, and at 5’3” I can’t complain about the stack height. You can pick up the Diadora Mythos BluShield Elite through run specialty. We suggest hitting up Fleet Feet Sports in Rochester, NY in person, or shopping through their site at the link below.