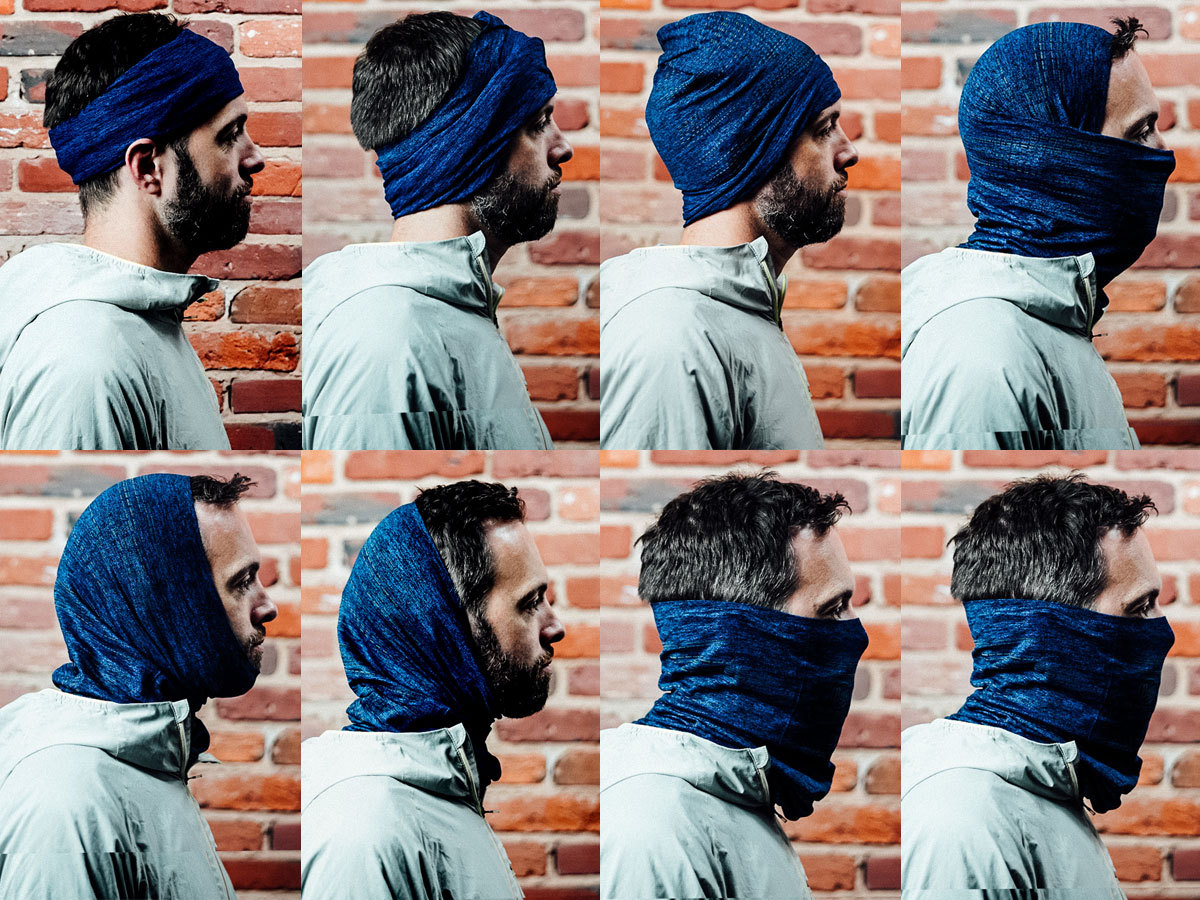 For our fourth day of fall, we get into Buff DryFlx, a line of apparel specifically designed for runners.

I’m gonna be honest, below 40 degrees, aside from gloves, multifunctional Buff-style headwear may be my most important piece of colder-weather gear. It’s one of the most flexible items of winter clothing— it can be used as a balaclava, hood, or face warmer, and about ten other ways.

As such, it’s easier to regulate your body heat than wearing something like a beanie, which can cause you to pour sweat, then cool you off too fast when you take it off. Other great uses: bike riding, skiing/snowboarding, or walking to the bar during a snow day.

Bonus points: it offers 50+ UV protection and is recommended by the Skin Cancer Foundation.

Seeing as those colder mornings could be here any day, it’s not a bad time to invest in headwear or neckwear like the Buff DryFlx.

Robbe: What I love about the DryFlx line is that it’s a piece of 360-degree high-reflective clothing that doesn’t make you look like a Gemini-era astronaut! Buff does a great of seamlessly weaving in reflective elements in a stylish design.

And while the fabric isn’t as soft as Merino wool (Buff does have Merino wool options, too), it’s perfectly tailored for runners. The polyamide/polyester blend with 4% elastane allows for a great amount of stretch, enough to truly wear the Buff however you’d like. My personal favorite is the balaclava option; it keeps my head warm in the first mile or two, but before I start soaking it with sweat, I just pull it down around my neck.

Long run and get cold again? Pull it back up.

The only issue I had with the multifunctional headwear is that it wasn’t as snug as I wanted it to be on the face warmer option (back of the head to around the nose). On a short test run, it definitely started to slip, so be aware of that. I’ve had this issue with other brands too, so it may just be that I have a small head (but an oversized brain!).

Meaghan: Everyone who runs through the winter months should have a Buff. It works for everything. You can use it as a neck warmer, a sun guard, a hair-tie, a face mask, or a headband, to name a few.

You know those 40-degree days that aren’t cold enough for a jacket, but too cold for just a shirt? Adding the Buff to your typical long sleeve is the perfect way to stay warm without putting on another layer. Also, if you warm up, you can easily take it off and wrap it around your wrist mid-run. Plus, they now come with 360 degrees of reflectivity. Perfect for those dark, early morning runs.

Robbe: The neckwarmer isn’t as versatile as the multifunctional headwear, but it provides just the right amount of coverage, especially for a fall run. It’s only 15” long, so it’s meant to give you neck coverage, even if you pull it up over your nose.

Definitely a good use for those milder fall days, or even on summer days when you’re trying to protect ya neck.

Robbe: Wearing a jacket already or just want a little bit of protection to keep Jack Frost from nipping at your ears? The headband is a good option, especially for women who put their hair up. Pair it up with the neckwarmer for a full range of protection.

Meaghan: In the summer, I’m almost always sporting a trucker on my head. In the fall/winter months, this turns into a headband. What’s nice about the Dryflex Buff Headband is that it’s light enough to work for lots of temps, ranging from the 20’s to the 40’s. It’s also reflective, so a great add-on for any winter run.

Robbe: For such a small investment, it’s totally worth it to have a Buff item in your fall/winter running arsenal. Especially now that the DryFlx line has 360 reflective elements that will light you up like a Christmas Tree on Halloween. Jack Skellington approves. You can pick any of these items up using the shop link below.

Meaghan: As I mentioned earlier, everyone should have a Buff. It’s the versatile, light, breathable, 360 reflective piece of stretchy fabric you need in your gear collection.