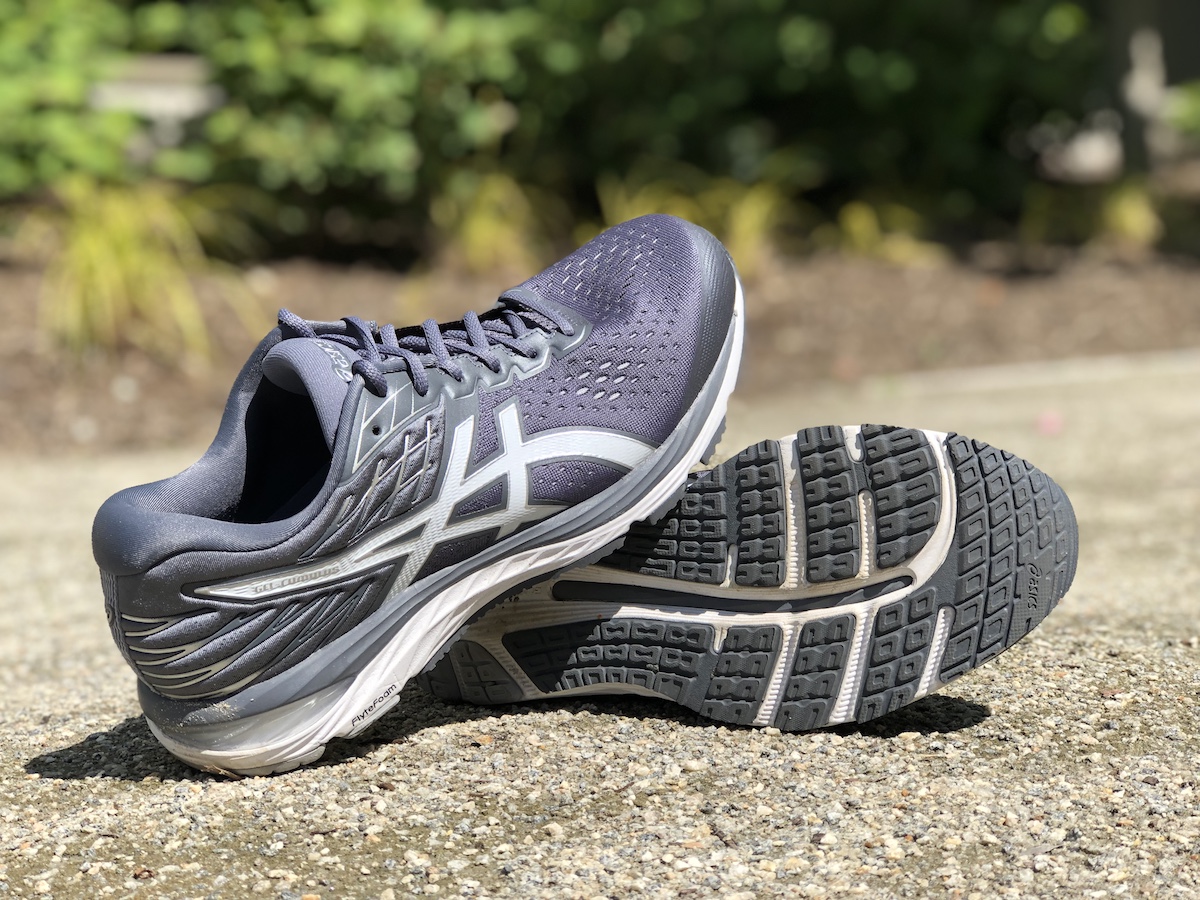 One of their most popular models over the years, ASICS is on their 21st iteration of the Gel Cumulus. Congrats Cumulus, you can now drink alcohol!

New to this version is a redesigned upper and a slight movement of the FlyteFoam wording on the midsole. Seriously, those are the most significant outward differences between the Gel Cumulus 20 and 21.

Disclaimer: as Believe in the Run’s wide foot reviewer, I didn’t get my Bigfoot Cinderella glass slipper (no fault of ASICS), but had to settle for a regular width size 11 (a half size too big). Because of that, I cannot give a true opinion on fit. Yet again my wide feet have failed me. Curses. The new upper is an engineered jacquard mesh which I found to be very comfortable. It has a nice give without sacrificing structure, and the contoured sock liner provides a good fit. There is also plenty of room in the toe box. Rounding out the upper is a super padded heel collar which contains an internal heel counter. The heel counter is crazy stiff, but the padding completely hides it. Even with the slightly larger size, I had no issues of rubbing or digging into my ankle or Achilles. There’s no arguing that ASICS has the upper game figured out.

The outsole has full ground contact and is made with high abrasion rubber for durability. This shoe has great grip and you shouldn’t lose your footing while running. I haven’t put a ton of miles in (but still put in the BITR minimum of 20), for reasons which I’ll discuss later, but I see no reason why the outsole wouldn’t last.

I received the metropolis (gray) and white colorway. Here’s a shocker: I don’t mind the colorway at all. But Jarrett, haven’t you complained about gray for the past five shoes?! Yes, but for some reason, I think this one looks pretty nice. The black and green women’s is by far the nicest though. The size 11 weighed 11.2 oz. which is definitely on the heavier side. Your legs may not feel it at first, but a long run may tire you out. Also, I found the shoes to be rather stiff. There’s no Trusstic System (that plastic piece added to the outsole in the midfoot) like the Gel Nimbus 21, so it’s got to be either the midsole or outsole causing this.

ASICS is a top contender for the “most technology in a midsole” award. We got the following: 1) Gel Cushioning (duh), 2) Flytefoam Lyte Cushioning, 3) Flytefoam Propel foam, 4) Guidance Line Flex Groove, 5) Impact Guidance System, and 5) Gender-specific cushioning (weird flex, but okay. The Flytefoam Propel runs the length of the midsole, while the gel cushioning resides in the forefoot and rearfoot. To be completely honest, this Avengers ensemble of sole superpowers fell flat for me. I felt the ride was too firm and generally not responsive.

I didn’t want to put in 20 miles in these shoes, but I did. The upper is nice, but the overall experience was underwhelming. This shoe could have come out a few years ago and been solid, but it’s uninspiring in 2019. So many other companies have out neutral trainers at this price point or cheaper that are fun (New Balance Fresh Foam Beacon, Nike Pegasus 35, Brooks Launch 6). ASICS seems to be resting on their laurels, and I get it—they’re perennially a top choice for the everyday runner. But there’s a reason you don’t see them that often in races at the front of the pack. I want to see them take some risks like they did with the Metaride, but with their everyday trainers.

I’d still take these any day over the Gel Nimbus 21. At $30 cheaper, the Gel Cumulus 21 has a firmer feel and looks a tad bit better. Frankly, I’ve been trying to figure out both of these shoes and it seems like the Gel Cumulus are the more budget-friendly version without all the bells and whistles.

Truthfully, if you liked the Gel Cumulus 20, you’re probably going to like the 21 solely based on the fact that they made the upper comfier and nothing else really changed. Some people also like having the newest shoe model. If you don’t need new, I don’t see any reason for not going with the previous model and saving cash. The new upper isn’t a game changer.

You can pick up the shoe for $119.95 at Running Warehouse by using the shop link below.