THOMAS: Like Anton Ego from Ratatouille ensuring a certain standard of quality is upheld in French cuisine, Believe in the Run staff critiques products because we love good running gear. Trust me, we would rather argue over nuances in foam density than bash a shoe outright. After all, who wants to run miles in sub-par products?

Additionally, we are sensitive to the fact that there are entire teams working on these products, keeping the test kitchen humming. Designers, wear-testers, pro athletes, product line managers, marketing and PR teams working hard to put out products to help runners get the most out of their running. So sometimes it sucks to report that at least for us, a product misses the mark.

Truth be told, we had been super excited about these since the Brooks staff pulled these out of the oven for us at The Running Event in December. Going even further back, since Des Linden wore these on her feet en route to her 2018 victory in Boston. While the presentation at The Running Event didn’t involve white gloves and a jacket wasn’t required, we felt we were looking at a delicacy.

We put our order in, ordered a fancy glass of Bota Box Riesling, and set our timers to February.

That said, put your forks and knives down ‘cause this is one of those reviews that will send the chef’s special back to the kitchen. THOMAS: Although I have set this shoe up to be a half-baked effort on the part of Brooks, there are parts of the Hyperion Elite that are well done. The weight of the shoe hits the right note, my US M10.5 weighs 7.3 oz./206 grams. This is similar to the current dominant racing shoe we shall not mention.

The tongue and upper are designed well, nothing new to see here, light breathable material that feels silky on the foot. It looks like it belongs at the front of the corral. Lightweight laces with little burs that help them stay tied. These are similar to the laces found in the Brooks Hyperion Tempo.

Brooks has you covered in the traction department. Plenty of rubber on the outsole. It is almost unbelievable that they could put this much rubber on the shoe and keep it this light, although it’s only 2 mm.

MEAGHAN: The Brooks Hyperion Elite has all the fixings for a fast day shoe: a super-light foam, a carbon fiber plate and a simple, breathable upper.

The stretch-woven upper is thin, with cutouts through the forefoot for added breathability. Outside of some light padding around the collar, there really isn’t much to it. A long pair of stretchy laces do a nice job of locking the foot down.

Beneath the foot is what everyone’s jazzed about. Brooks’ DNA ZERO midsole foam is their lightest yet, so you get some nice stack height (no, it’s not more than 40mm) without any extra weight. Sandwiched between two layers of this foam is the magical carbon-fiber plate; a racer without one is persona non grata in 2020. The combination gives you some pop during really (really) fast paces (like seriously, at near-sprinting speeds), but it’s a generally firm cushioning underfoot. It feels less like a bouncy NEXT% and more like a typical racing flat. THOMAS: I was excited to try these shoes during my speed workout. I strapped them on and started my warm-up routine and immediately thought: These aren’t just firm, they’re downright hard. But, you never know the personality until you actually get going.

Starting out, I did a 2-mile warm-up, transitioned into 1-minute on and 1-minute off harder effort (6:20-6:50)/recovery, and then cooled down for 2 miles. I felt nothing from the plate, and there was zero bounce, to the point that it was harsh on the legs.

I thought to myself– there is no way I would run a marathon in this; I began to doubt that this version was even in the same universe as the shoe Des wore for Boston. In plain terms, the shoe feels as harsh as a minimal racing flat. Some shoes make you feel faster, this did not. Light in turn over for sure; but without the pop, I had no feeling of energy return.

The Hyperion Elite was at its best when I did striders/sprints at the end of another run. After the sprints, I thought that maybe this shoe was meant for 5-minute milers and you need to really be moving to get the right feel. That might be the case, but I have tried other shoes in this category that help runners get the most out of any pace. If these are only for sub-6-minute milers and were marketed as such, that would be a different issue.

Speaking of marketing– we were told by Brooks that the shoe would only be good for about 30-50 miles of wear. Literally a shakeout run and a marathon. (They have since amended this, noting that the information given to us was wrong, and that the shoe is meant for 50-100 miles).

Either way, with its firmness, the Hyperion Elite could last forever– the feeling isn’t going anywhere.

One last thing– the sticker price may come as a shock for Brooks fans, or just runners in general. At $250, the price point seems to be a “welp, this is the elite racing shoe standard, so why not” type of thing. If the Hyperion Elite is indeed meant for only 50 miles, imagine dropping an Honest Abe out of your gel pocket every 7 minutes.

MEAGHAN: As Thomas noted, we were told the Hyperion Elite would only last for approximately 30 miles, or, one marathon and one shakeout run (Brooks has since amended this, noting that early information given to us was incorrect and that the shoe is meant for 50-100 miles). Knowing this, I saved them for an important workout. One mile into my workout I knew that was a mistake.

The DNA ZERO foam has little-to-no bounce. It felt like I was stepping onto a hard memory foam mattress. On landing, my foot sunk down a little, but then it stayed there. There was no energy return whatsoever. The only time I felt a little bit of bounce in this shoe was when I was at an all-out sprint. It’s hard to believe there’s actually a carbon plate in there.

After my first run, I honestly thought I had received a muddled pair. Certainly, Brooks did not intend for the shoes to feel like this? Unfortunately, Thomas had a similar sentiment about his.

I still ran the advertised life of this shoe– close to 30 miles, including a long run with 7 middle miles at marathon pace, and none of my opinions changed.

The silver lining — you can get a lot more than 30 miles out of this shoe, that firm midsole isn’t going anywhere. THOMAS: Sadly, the Hyperion Elite is a miss. We are reviewing several of the “super” shoes and this one is currently in last place. The closest shoe I can compare it to is the HOKA Carbon Rocket, an underwhelming shoe at best. Both are hard underfoot and don’t help runs feel more efficient. There is no energy return in the midsole. It isn’t fun to run in.

Back to Ratatouille, at one point Chef Auguste Gusteau says “anyone can cook… but only the fearless can be great.” Approach this shoe with trepidation, because when it comes to super shoes, it appears there is still only one Michelin three-star kitchen.

MEAGHAN: Outside of a nicely fitting upper, the Hyperion Elite is a big swing and a miss. I feel bad harshing this shoe, but I was legitimately angry after my first (and second and third) run in them. I had such high expectations, especially after miles in the Brooks Hyperion Tempo (which is a great shoe, btw). I do wonder if someone faster or preferential to a very firm ride would like them, or even if this was just a production line failure.

As for me, I’ll stick to racing in that other shoe.

If, for some reason, you still want this shoe, you can pick it up from Running Warehouse at the end of February for $250 by using the shop link below.

Editor’s note: early PR direction was that this shoe was meant for 30-50 miles. Brooks relayed that info was incorrect and the shoe is meant for 50-100 miles. 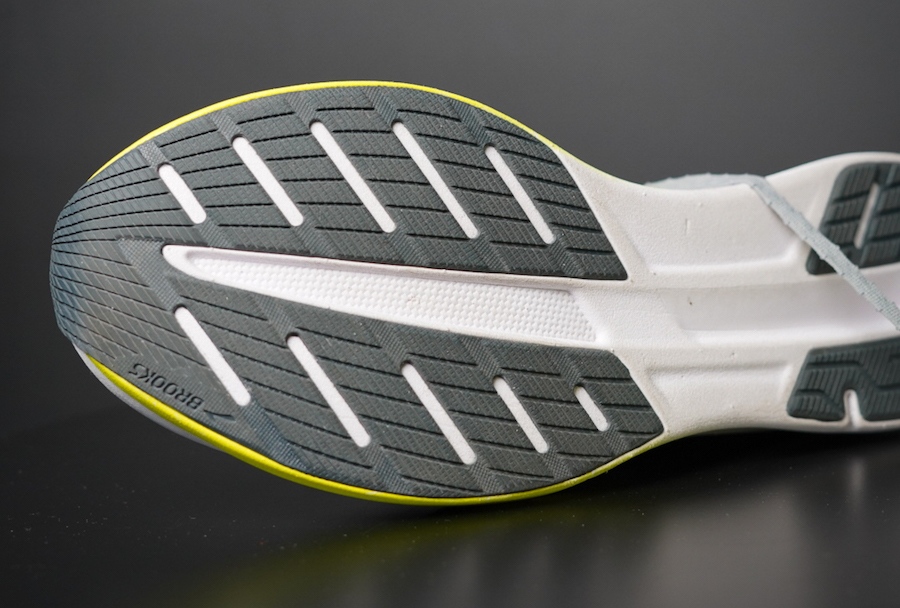